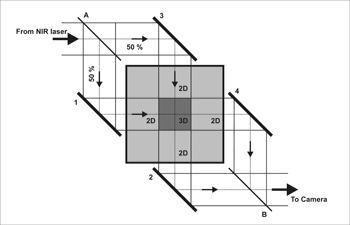 The Arrows indicate the path that the beams, from the NR laser, take as they get pictures from both the front and the side of the object that is in the dark Grey area labeled “3D” the. The camera only captures one picture of anything in the Light Grey area labled “2D” 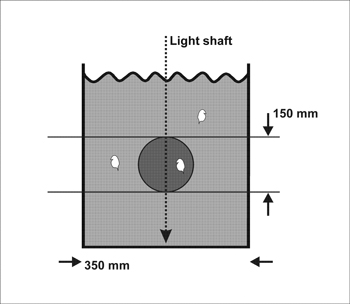 The Dark Grey circle shows the area in which the plankton will be photographed from both the side and the front. The light Grey space between the two vertical lines is the are where only one picture will be taken. The third, and topmost plankton, will not be photographed because it is not in an area where either of the lasers can reach him. 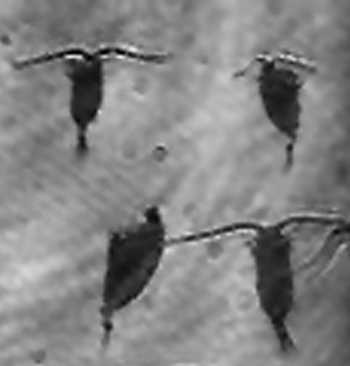 The final picture of the plankton once laser completes it’s path and enters the camera.